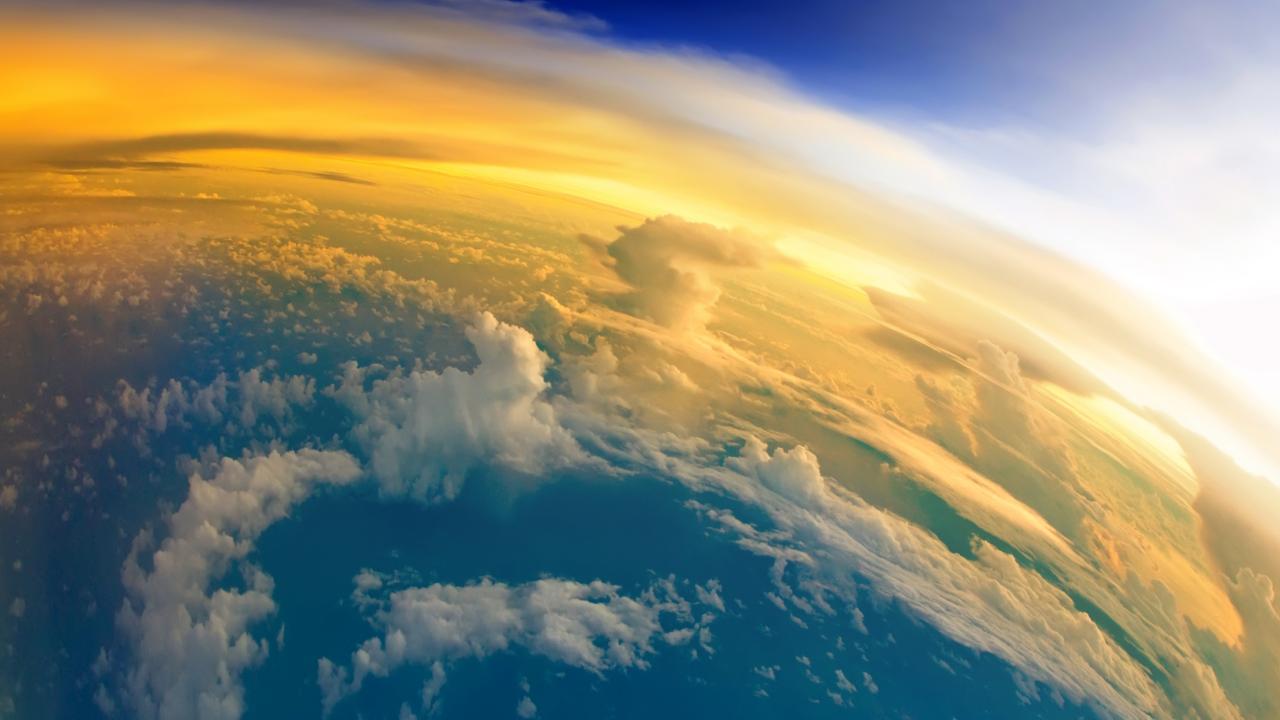 With the collective threat of climate disasters like flooding, drought, and more spreading around the globe, scientists are searching for ways to help reduce human-based impacts on the climate. Climate change is caused when human activities, like burning coal and oil, release greenhouse gases, such as methane and carbon dioxide (CO2) into the atmosphere at very high concentrations, which cause our planet to warm. The Paris Climate Accord set goals to limit global warming to 1.5 degrees Celsius. In order to know how quickly our world is warming based on the rate of carbon being emitted into the atmosphere as either CO2 or methane, we have to be able to measure it.

Global warming potential and what that means

All gases categorized as greenhouse gases have a global warming potential (GWP) value. This measures how effective each gas is at trapping heat in the Earth’s atmosphere, and from that we better understand how a gas warms our planet. Essentially, GWP measures how potent a gas is as a contributor to climate change. The most commonly used metric to quantify greenhouse gas emissions is known as GWP100. This metric looks at the GWP of the greenhouse gases over 100 years. For example, methane has a GWP of 34. This means 1 ton of methane is equal to 34 tons of CO2 and therefore captures more heat per molecule compared to CO2.

Scientists are also able to compare by converting the different GWP values of each potent greenhouse gas into CO2-equivalents, much like converting between different units (ex. 4 liters of milk = 1 gallon of milk). In this case, 34 molecules of CO2 is equal to 1 molecule of methane. CO2 is used as the base comparison gas for all other greenhouse gases, allowing for an easier estimation of the impact of all greenhouse gases in the atmosphere (including non-carbon-based gases, like nitrous oxide).

However, a flaw in GWP100 measurements was assessed a few years ago by researchers based at the University of Oxford. GWP100 assumed that all greenhouse gases were stagnant in the atmosphere, meaning they remained there for centuries. What GWP100 did not account for was that methane, as a short-lived gas, was actively removed from the atmosphere relatively soon after being emitted.

Methane, on the other hand, is a short-lived gas and breaks down in about ten years. The break down happens when the gas reacts with hydroxyl radicals (a naturally occurring atmospheric compound) to become CO2 and water vapor. Imagine you have two bathtubs. Both have faucets that are on and water is flowing. However, only one of these bathtubs has a drain. The tub with the drain represents methane and the one without represents CO2. Because the drain is removing water, the tub will not fill up and overflow. That is what happens with methane in the atmosphere. Its short-lived nature means that the gas is actively being removed from the atmosphere and thereby reduces its contribution to warming over long periods of time.

While GWP100 does consider short-lived gases like methane, it does not account for removal from the atmosphere. Like explained above, since methane is removed in about 12 years through a natural process, stable emissions do not increase warming after that 12 years. In fact, previous CO2-equivalents using GWP100 have overestimated methane’s effects on global temperatures by a factor of three to four. In truth, there is a much different reality. If emissions increased, through greater use of fossil fuels or larger livestock herds, the higher concentrations of CO2 and methane in the atmosphere lead to greater warming from both gases. However, constant or decreasing emissions paint a different picture. 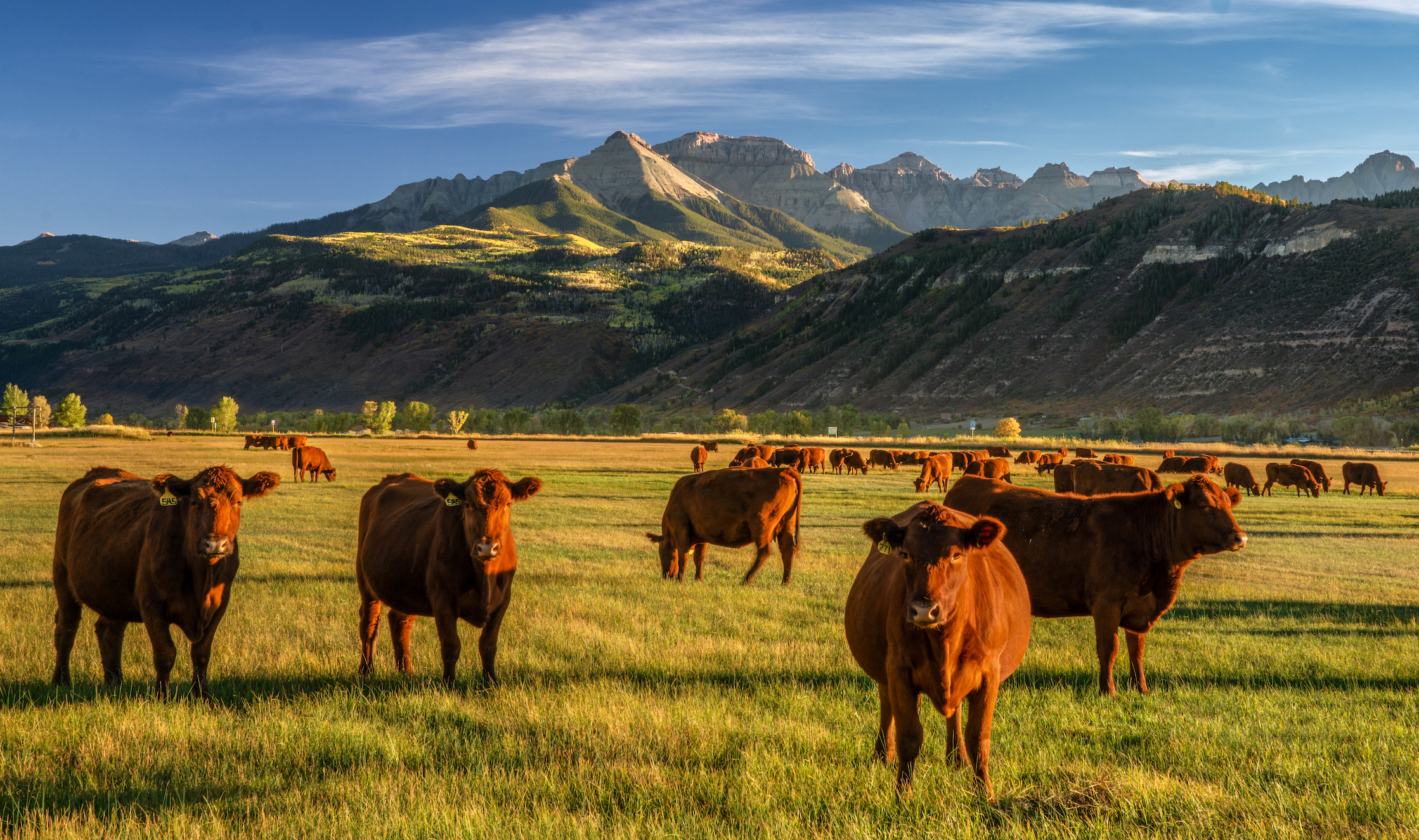 Livestock are a large source of methane. Stable livestock herd levels (i.e. no growth or losses), especially in ruminants like cattle and sheep, result in constant emissions of methane. If emissions are kept constant, meaning we do not release any additional methane into the atmosphere, then we will see warming from methane stabilize. Stabilization of short-lived gases, like methane, means there is no additional warming coming from livestock. However, for CO2, there is still a warming effect because the gas is building up over time. And lastly, if we decrease emissions, say through the use of anaerobic digestors or feed additives, a cooling effect will be induced. This means we have reduced warming caused by methane because the more potent gas (again, 34 molecules of methane = 1 molecule of CO2) is being removed from the atmosphere. Research has shown that decreasing emissions will avoid 0.3 degrees Celsius of global temperature increase by 2045 if methane levels were lowered by 45%. Furthermore, since emissions have been reduced, new methane emissions do not replace what is broken down, hereby avoiding tipping the scale back to warming.

Even so, methane that has broken down into CO2 is still carbon in the atmosphere. While methane is actively becoming CO2, this CO2 is different than the CO2 emitted from the burning of fossil fuels for several reasons. First of all, methane and the CO2 that it becomes, are part of the biogenic carbon cycle. Occurring already for thousands of years, the biogenic carbon cycle sees atmospheric carbon sequestered by plants and transformed into carbohydrates. Those carbohydrates are fed/eaten by animals like cattle then emitted as methane and CO2 again through respiration. Then the cycle restarts. On the other hand, CO2 emitted through the burning of fossil fuels (i.e. oil and coal) adds more than normal quantities that have been trapped underground for thousands of years.

Today, GWP* represents a new means of measuring carbon in the atmosphere, taking short-lived gas removal from the atmosphere into consideration. However, policy still does not take the new metric into consideration. GWP* is a better means of determining if the world is on track to temperature targets, compared to GWP100. Methane should be treated a temporary pulse, rather than a constant agent of warming. Emissions will cause warming for about 12 years before dropping once again. GWP100 does not account for the fluctuations of flow gases in the atmosphere, leading to a misrepresentation of methane, overestimating its contribution of global warming patterns. GWP* clearly shows that livestock, as members of the biogenic carbon cycle, can eventually become climate neutral and no longer actively contribute to warming if the proper interventions are taken to curb emissions along the supply chain. They are important players in the climate solution problem at hand.