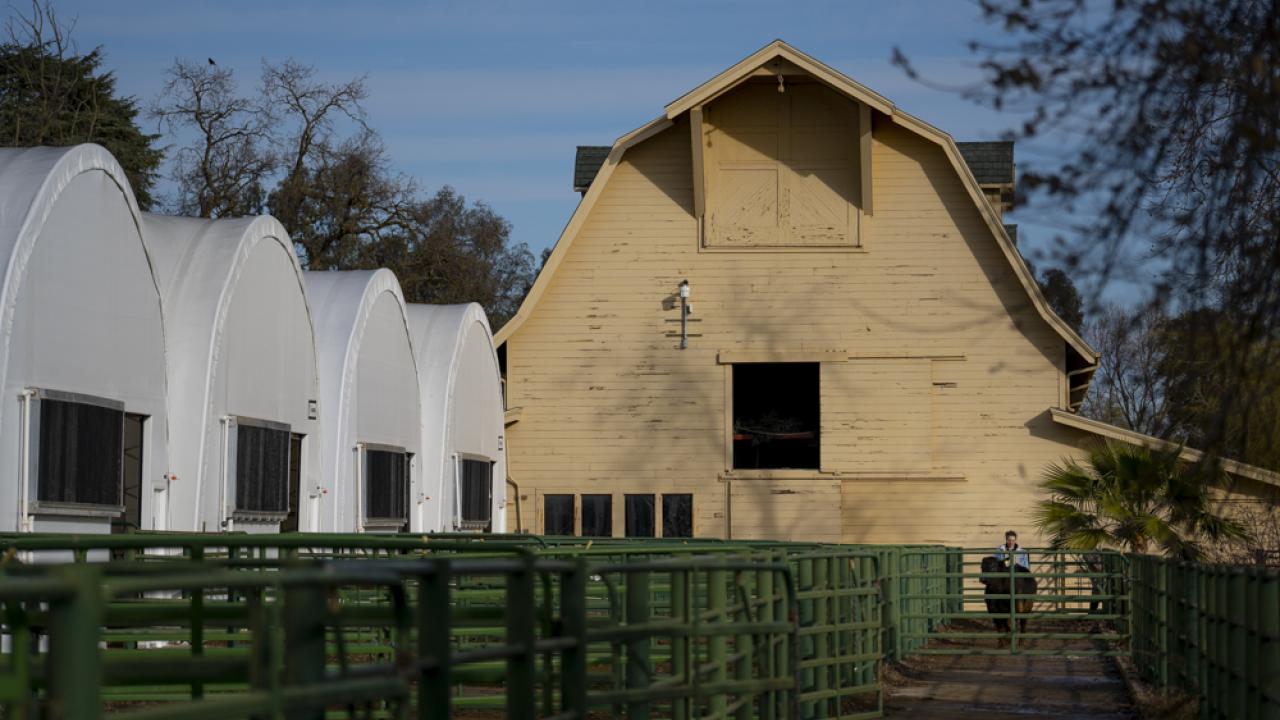 The feed additive ractopamine hydrochloride (RAC) from Zoetis (Actogain® 45) has been fed to feedlot steers and heifers in the past to promote carcass leanness and increase feed efficiency in beef cattle. A team at the University of California, Davis, led by Frank Mitloehner, Ph.D., recently published a paper – with the research funded by Zoetis – in the Journal of Animal Science, reporting that research results show Actogain 45 reduces ammonia (NH3) emissions by 14% per lb of hot carcass weight – and 11% to 13% on a per head basis ­­– in addition to improving animal performance, which is good news for air and water quality, farm worker safety, and the bottom line.

Increased animal production is necessary to meet the nutritional needs of a growing population. However, increased production could lead to an increase in emissions, such as methane (CH4), nitrous oxide (N2O), ammonia (NH3), and hydrogen sulfide (H2S). The present study aimed to test Actogain 45 to learn if it reduced emissions while increasing animal efficiency.

Ammonia, which is produced when urine combines with feces, causes chemical reactions to produce the gas. Ammonia gas is irritating to the eyes, nose and throat and can damage these areas when exposed to high levels. Ammonia is also an air pollutant that contributes to the formation of particulate matter 2.5 (PM2.5). Particulate matter 2.5 are small particles - 30 times smaller than the width of a human hair. This mix of solid and liquid particles can stay in the air up to 15 days and, when inhaled by humans or animals, penetrate deep into the lungs.

Ractopamine is fed to beef cattle to help them build lean muscle in the 28 to 42 days prior to harvest. In theory, as more nitrogen is used in making muscle, this would lead to a reduction of nitrogen in urine and lower ammonia emissions. Ractopamine is a type of beta agonist, which means this molecule binds to receptors on muscle and fat cells so that nutrients are directed to building lean muscle rather than fat. Because it takes less energy and fewer calories to build lean muscle, increased feed efficiency is realized. The study aimed to test the hypothesis, with favorable results in both decreased emissions and improved growth performance.

A group of 112 Angus and Angus crossbred steers was monitored for 42 days at the UC Davis Feedlot using the cattle pen enclosures. They were separated into two groups; one fed a basal diet with Actogain 45 (27.3 g/ton (DM Basis)) and a control group fed the same diet without Actogain 45. The cattle were weighed on day 0, 14, 28, and 42 and monitored by a veterinarian for any abnormal health events.

Emissions were continuously monitored using equipment in the cattle pen enclosures. Actogain 45 fed cattle, versus control fed cattle, were similar regarding cumulative methane and CO2 emissions – but there was a 14% reduction in ammonia, per unit of hot carcass weight.

On average, the Actogain 45-fed steers compared to the control steers, had a live weight of approximately 20 pounds more, carcass weights of approximately 27 pounds more, and ate about 5% less feed. This study suggests that Actogain 45 not only increases production efficiencies including carcass weight and feed conversion which thereby reduces the environmental impact of beef production by producing more beef with less inputs (feed and time), but also directly reduces ammonia, which has a positive impact on the environment.

Feed additives, such as Actogain 45, may play a major role in reducing the environmental impact of cattle in feedlots. Feed additives have been studied to determine their impact on increasing feed efficiency, reducing greenhouse gas and limiting other pollutants found on farms.

“There’s a lot of attention on feed additives and how they can help mitigate greenhouse gases, and while that work is critical, it’s also important to consider other pollutants on the farm, such as reactive nitrogen, and how we may reduce those. In trials, Actogain 45 did a good job of reducing ammonia, while also helping steers gain more weight, with a similar amount of feed,” said Dr. Frank Mitloehner. “These results are very promising.”