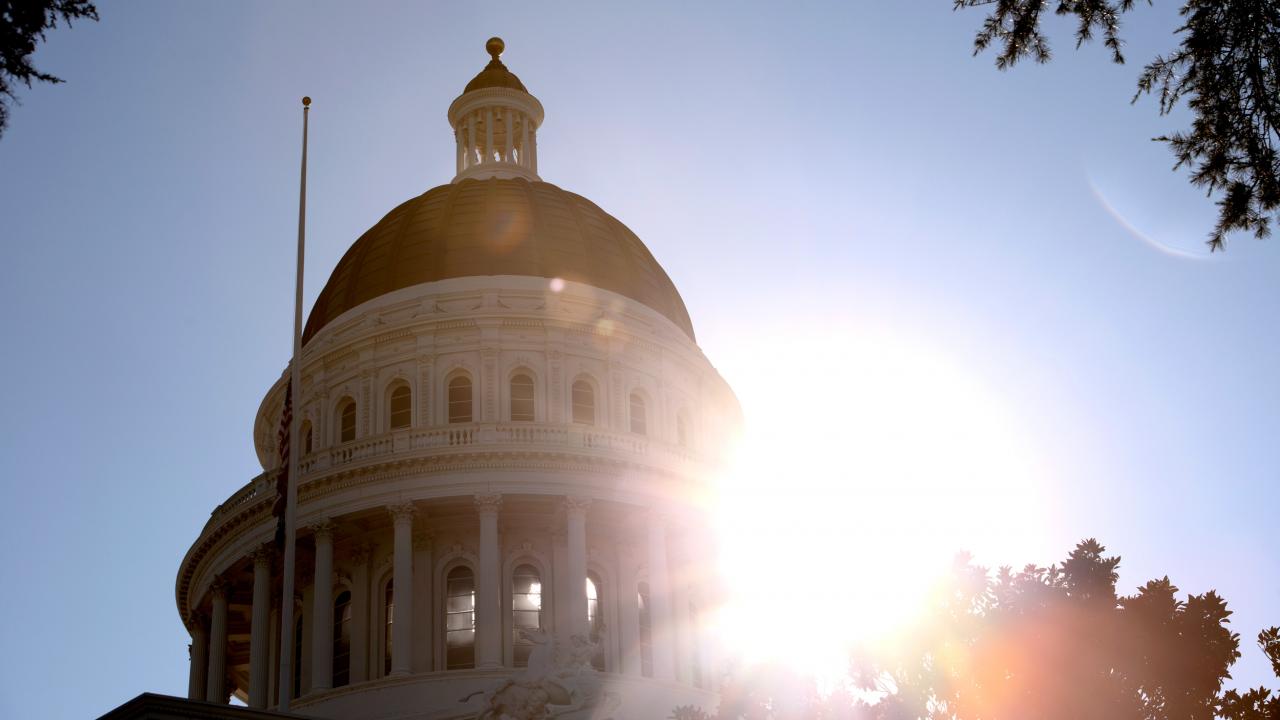 How California is working to reduce greenhouse gas emissions

California is taking bold steps in the fight against climate change implementing laws and policies, such as the Cap-and-Trade program, designed to drastically cut down on greenhouse gas (GHG) emissions. In the last decade, the Golden State has introduced several new bills, including Assembly Bill 32, Senate Bill 32 and SB 1383, and has been successfully working towards meeting the greenhouse gas mitigation goals outlined in these bills.

Here’s what you need to know:

What is California SB 32?

SB 32 requires the California State Air Resources Board (CARB) to ensure the state’s greenhouse gas (GHG) emissions are reduced to 40 percent below the 1990 levels by 2030.

In 2016, Governor Jerry Brown signed SB 32 as a follow up to AB 32 – The California Global Warming Solutions Act of 2006, which was signed by Governor Arnold Schwartzenegger, and required California to reduce its GHG emissions to 1990 levels by 2020. The state reached that goal by 2016.

To meet California’s new, ambitious climate standards, SB-32 requires CARB to expand on or develop new regulations that are both technologically reasonable and cost-effective, while also considering the state’s most disadvantaged communities– who are affected first and most frequently by climate change impacts.

SB 32 was passed alongside AB 197, which created legislative oversight of CARB to make sure there is a balance of power, as well as accountability and transparency as the group works to meet the bill’s emissions goals.

While the bill doesn’t detail how CARB should advance towards the goal, there are already state climate polices in place, such as incentives for electric vehicles and a low-carbon fuel standard, to use as guidelines for the next step. Another major force in the state’s fight against emissions is cap-and-trade.

What is California’s Cap-and-Trade program?

California’s Cap-and-Trade program was designed to reduce GHG emissions from major industry sources– such as refineries, oil and gas production facilities, electricity generators and more – while providing economic incentives for the businesses mandated to comply with the program.

The “cap” on GHGs, which is measured in metric tons of carbon dioxide equivalent (MTCO2e), refers to a hard limit on the emissions of warming pollutants and gets gradually stricter over time. For example, one year the cap may be set at 346.3 million MTCO2e and fall to 334 million MTCO2e the following year.

The “trade” indicates a market where allowances – permits which let companies emit a certain amount of GHGs – can be bought and sold at prices determined by supply and demand. One permit allows a company to emit one ton of emissions. These allowances are sold at state auctions or privately.

The idea behind Cap-and-Trade, which is managed by CARB, is to give industries an incentive to voluntarily reduce GHG emissions rather than ordering businesses to install clean-air equipment.

CLEAR Center Director, Frank Mitloehner, is on the CARB task force helping to determine offsets for the program.

California is the only state in the nation with a comprehensive cap-and-trade program. As a result, the state gives companies some allowances for free in an effort to prevent companies taking their business out of state. Industries can choose to use their allowances or sell them and save money. The quicker a company cuts down on pollution, the more allowances they can sell to other businesses that pollute more. They can also choose to “bank” allowances and use them later.

Cap-and-trade also gives companies the option of using offset credits, which allows companies to reduce GHG emissions outside of the cap-and-trade program as long as they meet CARB-verified standards. Offsets allow businesses to meet their cap-and-trade obligations instead of using emission allowances or reducing on-site emissions  Cap-and-Trade offsets are cheaper, but there are limits on how many can be used to encourage emission reductions in California, since there are no geographic limits for offset projects.

By law, all money collected by the state through the cap-and-trade program goes into funding for other climate programs such as clean transportation and energy investments, forest fire prevention, and technology upgrades at facilities. In early 2019, CARB reported $1.4 billion in funding from cap-and-trade from 2018, nearly double the $720 million from 2017.

In regard to animal agriculture, SB 1383 requires CARB to partner with the Department of Food and Agriculture (CDFA) in adopting regulations to reduce methane emissions by 40 percent below 2013 levels by 2030 from livestock and dairy manure management operations.

Governor Jerry Brown approved SB 1383 in 2016 and set a January 2024 deadline for the methane emissions regulations to go into effect. However, CARB and the CDFA – in partnership with stakeholders and other related groups – must determine whether the strategies used to meet the new regulations are reasonable for the livestock and dairy industry. The state board is tasked with working out market challenges and making sure the new goals set by SB 1383 are technologically feasible and cost-effective for the industries involved.

Although livestock manure is already under regulation, the new standards require applying higher innovation to the technologies currently used by dairy and livestock manure management systems. In California, 90 percent of methane emissions from livestock manure comes from the dairy industry. In order to help the industry become compliant, CARB proposed the use of dairy digesters as the main strategy in reducing these emissions. 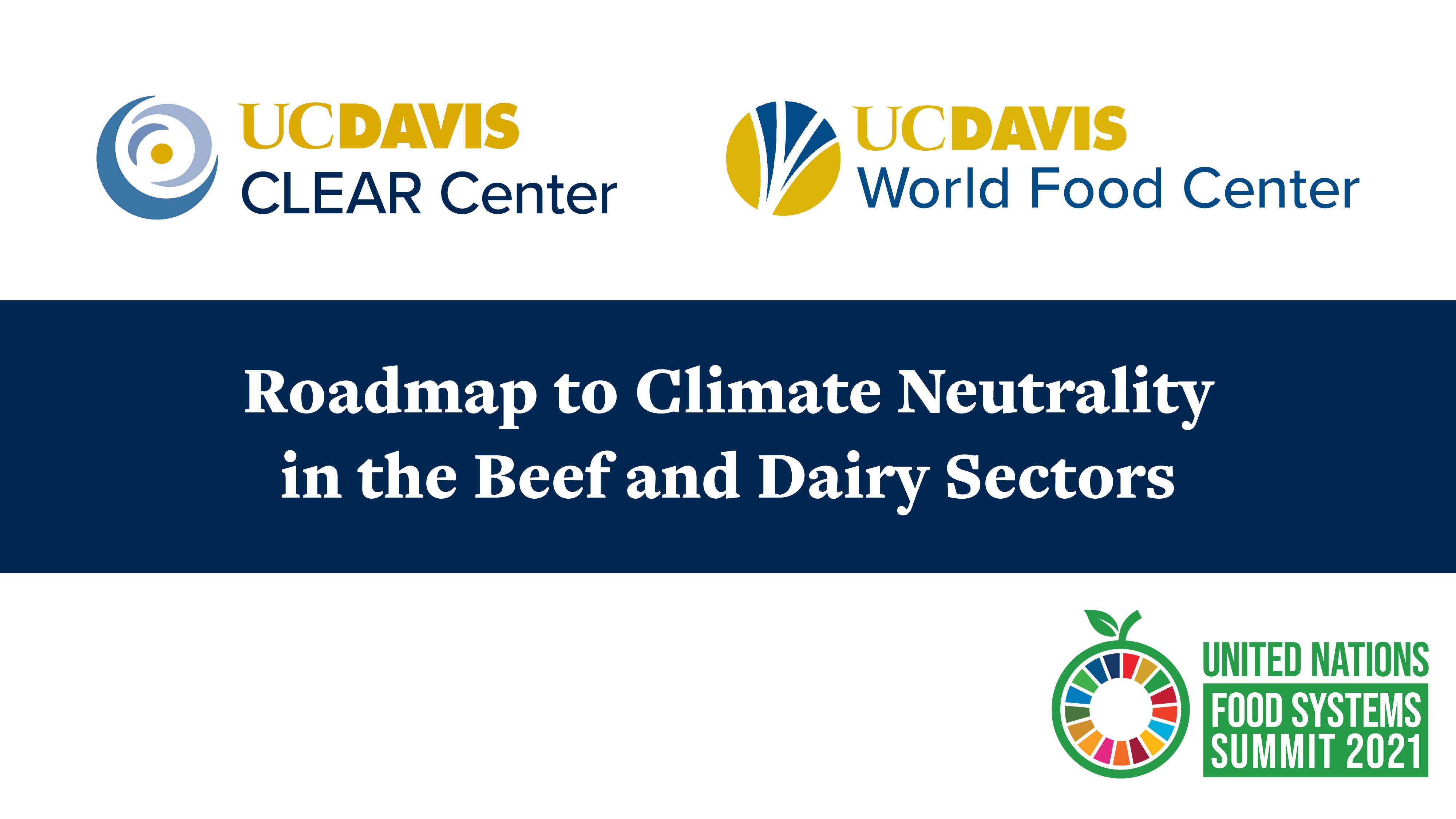 The dialogue was titled: Roadmap to Climate Neutrality in the Beef and Dairy Sectors