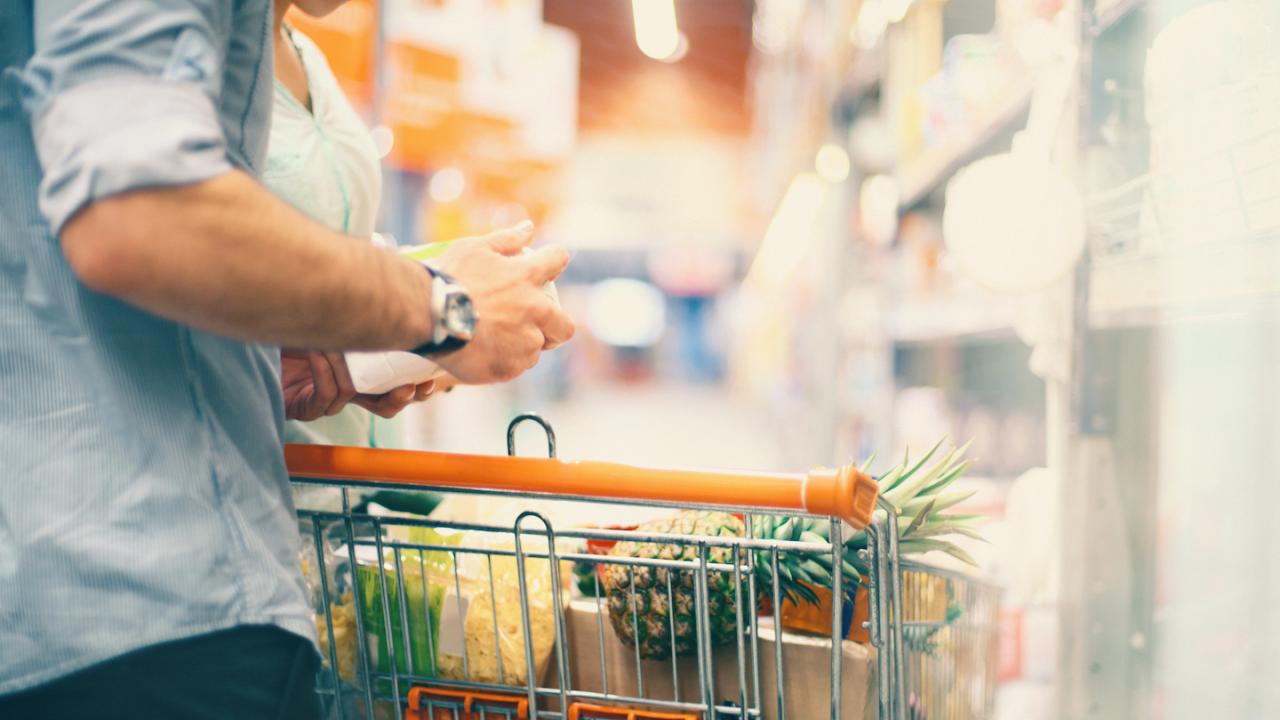 Organic vs. Conventional: How do Dairy and Beef Production Systems Impact Food Quality, the Environment, and Social Perceptions?

Labels are everywhere and on everything. From the clothes we wear to the food we consume, there are an infinite number of stamps. And depending on what country you’re in, those certifications are all different. The purpose of such labels is to inform consumers exactly what it is they are purchasing. For example, some might read “Antibiotic Free”, “Free Range” or, per the subject of this article, “USDA Organic”. It is very easy to slap a colorful sticker on a loaf of bread and call it a day, but that’s where the problem starts.

The sheer number of labels can be overwhelming, especially when the information they are supposed to provide is difficult to find, confusing, and/or does not show the entire picture. One of the more infamous labels for such issues is the USDA certified organic label. The amount of misinformation surrounding this label is staggering. Consumers often assume organic food is healthier and better for the environment based simply on the label. However, the only thing that the green USDA organic label ensures is how a specific food item was produced. We are going to work through the main differences and similarities between organic and conventionally produced livestock products, touching on environmental, economic, and social factors.

To start off, it is important to define exactly what is meant by organic and conventional. Both terms refer to how an animal or crop is raised by farmers. Organic production, whether for plant agriculture or livestock agriculture, emphasizes mechanical and biological methods of farming. One example includes using ladybugs as a biological pesticide against aphids. According to the USDA, all farmers must abide by strict guidelines that outline approved organic practices to raise their animals. This means they cannot use artificial fertilizer or synthetic pesticides to produce feeds, and unapproved antibiotics to treat their animals. More of these regulations are: produced without genetic engineering (i.e. they cannot feed genetically modified types of feed, like corn or soy), allowed year-round access to the outdoors except under specific conditions, raised on certified organic land, managed without unapproved antibiotics, such as penicillin, added growth hormones, and fed 100% certified organic feed. Traditionally, these animals are raised exclusively on pasture, for beef cattle, or provided pasture access in the case of dairy cattle.

At the other end of the spectrum is conventional production. Similar to organic beef, conventionally raised beef cattle also start life on pasture. Calves are born and stay on range typically 6-8 months, until they are sent to a feedlot, where they are fed over 4-6 months to market weight (1200-1300 pounds). Dairy cows are typically confined to a barn. This allows farmers to closely monitor health, while simultaneously providing clean sleeping areas, nutritious diets, and keeping them protected from inclement weather. It is important to note, organic farmers also provide the same essential care to their animals. All farmers do.

Another difference between these two systems is that conventional systems emphasize and rely on technologies to improve productivity. Technologies can include the use of antibiotics that allow for quick or preventative medical treatment when necessary. It is not to say that organic farmers do not treat their animals. Instead, they tend toward more homeopathic treatments, such as using aloe vera to treat rashes. They may also elect to use standard antibiotics, but will not be allowed to market that animal as organic. Instead, they most often sell treated animals to their conventionally producing peers. Furthermore, without organic restrictions, they utilize more feeds and farmers are allowed to use genetically engineered feeds. However, usage of genetically engineered organisms is rare, despite being proven safe by rigorous research. 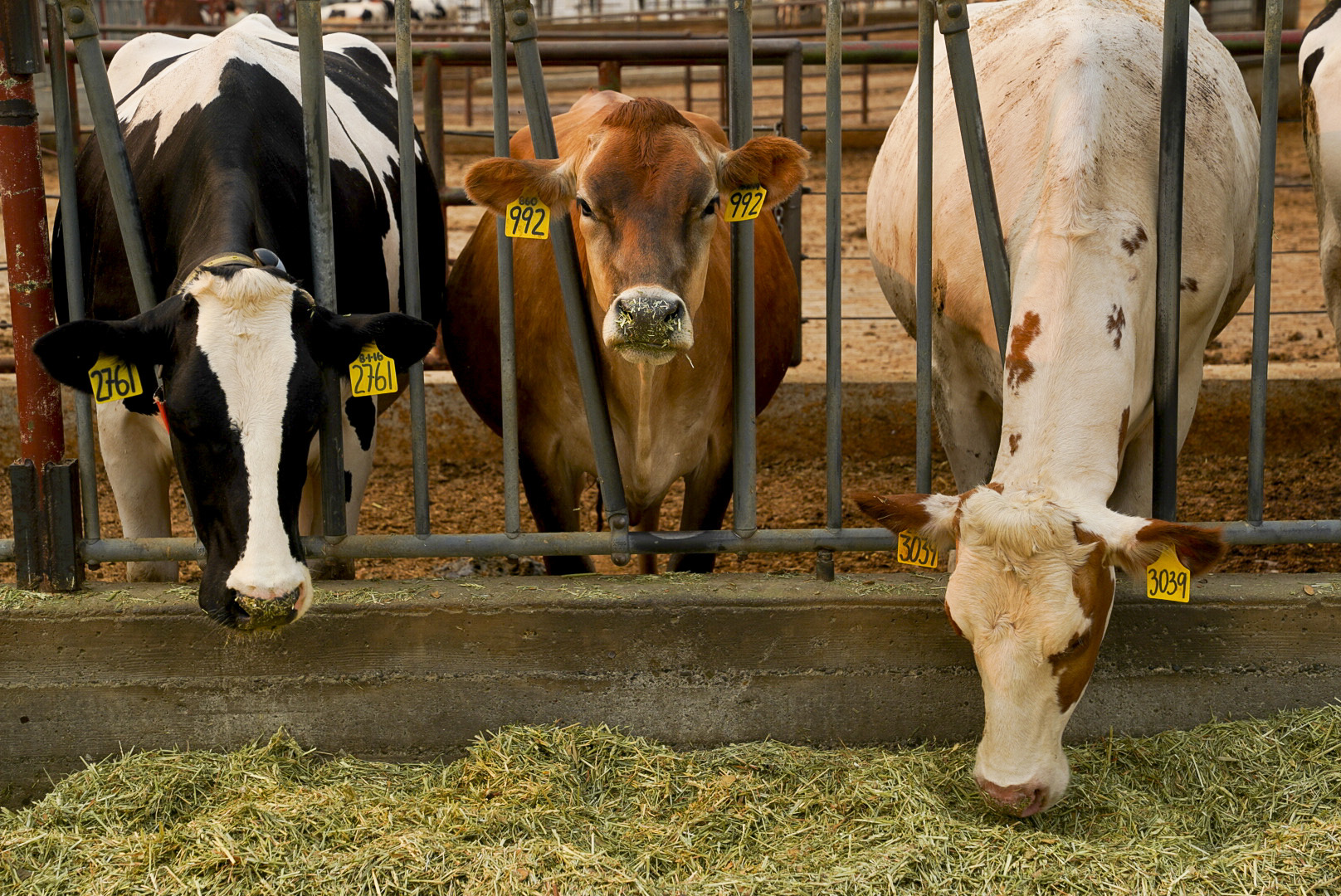 Is organic meat and dairy better for the environment?

Now that we have a better understanding of what is expected of farmers opting to raise their animals organically, what does this mean for the environment? It means a lot, actually.

There are implications to land use, energy consumption, and threat of eutrophication and acidification. Eutrophication describes the buildup of excess nutrients like phosphorus in waterways. The high nutrient concentration leads to algal blooms that remove oxygen from the water and damage aquatic ecosystems. It can be caused by improper manure management. Acidification is similar, except such a phenomenon can negatively affected soil and water. When the pH gets too low, it is acidic and this can kill off most life, except those that are specifically adapted to extreme conditions.

However, per unit milk, researchers found that conventional- versus organic systems overall had a greater fossil fuel energy use. This was likely due to the lack of artificial fertilizer used and the reduced dependency on feed concentrates (i.e. corn, barley, soy, etc.) on organic farms. The same study also found little difference between eutrophication and acidification potential between organic, versus conventional farms.

In other environmental aspects, like risk to biodiversity, organic systems tend to perform better because they abstain from using synthetic fertilizers and pesticides which can damage natural ecosystems. As you can see, with both systems, there are unique opportunities and trade-offs when it comes to how production systems impact the environment. It is not as simple as saying one is better than the other.

It is not as simple as saying one is better than the other.

Money also plays in important role when it comes to the debate of organic versus conventional livestock agriculture. Research has found that organic, versus conventional farms, have higher income per animal. Therefore, organic farmers are likely receiving a higher price for their products and have a larger income. However, this also comes with higher variable costs due to the need to source 100% organic feeds, and the need to keep animals on pasture for a significant amount of time.

Despite the economic benefits to the farmers, consumers seem to get the short end of the stick. In reality, prices for organic foods (including vegetables, fruits, etc.), are much higher compared to conventional foods. A published dataset comparing prices at three supermarkets found that the average price for conventional food item (not limited to animal-sourced foods) ranged from $0.77-$1.00, while organic food items ranged from $1.25-$1.53. Furthermore, a 2021 USDA report stated that the average price of a gallon of organic versus conventional milk in the Northeast was $3.98 and $2.51, respectively. This makes organic milk about $1.50 more expensive compared to non-organic milk.

Should I buy organic or conventional products?

People often cite several common factors when deciding to buy organic: they’re safer, kinder to the environment, and they’re healthier. Clearly, as discussed above, it is not as simple as that. There are certain characteristics where organics excel over conventional livestock, and vice versa. As for how nutritious organic versus conventional animal-source foods are, there is little to no noticeable difference amongst major nutrients like protein, carbohydrates, and vitamins. As for being safer, this relates to the use of pesticides in agriculture. Pesticides were detected on more samples of conventional foods, about 38% of samples compared to 7% of organic samples. However, the same study found that organic samples tended to exceed the safety limits of pesticide residues more often than conventional samples. Keep in mind, organic farmers still use pesticides, but different types than those used on conventional farms.

For animal-sourced food safety, the main concern is the presence of antibiotics. In truth, there are no antibiotics in milk. Ever. There are strict policies in place by the Food and Drug Administration (FDA) and American Veterinary Medicine Association that control drug use in two main ways. First of all, farmers must wait a pre-determined amount of time before being able to sell their products, called a withdrawal period. Milk from antibiotic-treated cows will be thrown away until the window of time has passed. Beef cattle will not be sent for slaughter until the drugs have cleared from their bodies. This ensures that any meat or milk containing antibiotics never reaches consumers. Secondly, farms must keep rigorous records and all drugs must be prescribed and approved by a veterinarian. Even after this, there are check points at processing plants to detect antibiotic residues. An important check point for dairy farmers exists in their very own bulk tanks, where milk is stored. When milk is picked up to be sent to a creamery for processing, it is also analyzed for any traces of antibiotics or other forms of adulteration (like adding water to increase volume). It is in the farmer’s interest to follow these guidelines because if residues are detected, the milk or beef is condemned and the farmer loses thousands of dollars’ worth of income.

Consumer also prefer to buy organic foods because they assume that organic systems have better overall welfare compared to conventional farms. Very similarly to everything above, there are tradeoffs when it comes to animal welfare on organic versus conventional farms. A study based in Germany, using a welfare assessment protocol, found that organic dairy farms scored higher when compared to conventional dairy farms. However, another study found increased risks to animal health in organic systems due to homeopathic approaches and treatment limitations, as mentioned above. Again, we cannot explicitly state that one system is better than another. The inherent differences between these two production approaches means they each have unique strengths and weaknesses.

Choosing what to eat is an extremely personal decision. Whether your choices are influenced by culture, socio-economic status, or availability, the fact remains that the decision must be yours and yours alone. However, being armed with facts and having a better understand of exactly what you are consuming is an important part of that decision; especially for anyone who wishes to be a conscientious consumer.

What if the United States stopped eating meat?

If Americans’ gave up meat and other animal products, would that solve our climate crisis? Research says no. In fact, it continues to demonstrate giving up meat would be a woefully inadequate solution to the problem of global warming and distracts us from more impactful mitigation opportunities.